A woman in country music, Sarah Darling, has been making her way through the country music industry for years, from landing on Scotty McCreery’s headlining tour, to being on a reality television competition show, that led her to being asked to perform by the one and only, Brad Paisley on the historic Grand Ole Opry stage.

With everything that is going on in Darling’s career, the singer found time to talk with me about some of her musical influences, about new music such as her latest single as well as her new album, Dream Country, along with something fans might be surprised to know about the aspiring singer!

The singer/songwriter is originally from a small town called Mitchellville, Iowa, that as the artist says is a little farm town with a lot of heart! Darling started diving into music while she was quite young. When talking about who some of Darling’s music influences were, she says that they have always been a range of artists. “Shania Twain was the reason I started singing country music,” quotes Darling, she goes on to mention some of her other influences as well, “I also love Alison Krauss, Jewel and James Taylor.”

Sarah Darling got interestingly creative for her new album including the title, Dream Country, and the singer feels that the unique title describes the album best. “Dream Country feels like it’s written for dreamers, adventurers and lovers, which is what my album is all about.” Darling continues, “It’s more conceptual than my other records and has this very celestial theme running through it. The title popped out in the studio when I was describing the sound to a friend and it stuck!”

Of course I had to ask Darling one hard question, which would be who is the one artist, country or non-country, that has influenced her the most in her personal or professional career, and the answer she gave was intriguing! “This is a tough question!,” says Darling, “Vocally, I would have to say Alison Krauss. From a writing aspect, Coldplay. I love their positivity and light.” 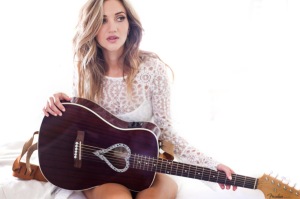 When talking to Darling about her new music available now, she revealed what her favorite part about the release has been and it has all to do with her fans. “The best part is having fans come up after a show and tell you how much they love it. It’s the greatest gift to me and also hearing people sing along.” Darling continues to go on to talk about her current single off the album, Halley’s Comet, “It is all about shining bright and not giving up on a dream.” 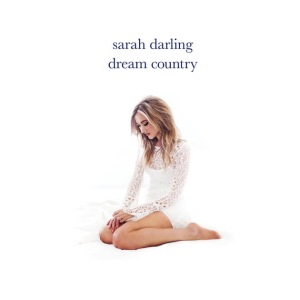 The single that Darling is most recognizable for is her sweet love song, Home To Me, which was released in 2013, although I remember hearing one of the singer’s single’s, Something To Do With My Hands in 2011, so when talking to the singer/songwriter about how long she’s been interested in music, it’s obvious that music has always played a big role in her life. “Music has been part of my life since I was a little girl. I was constantly singing and feels like all I’ve really known.”

Even though we all know she loves music, there is also one other thing that her fans might surprisingly not know about the singer. “I love to bake!,” says Darling, “There’s something about the science of it that’s fun. Eating of course, [is] even better.” Darling so far has accomplished many things in her career, but there is still one thing that the singer reveals that she would eventually like to cross off her bucket list, “I would love to open for Alison Krauss one day! There’s so much I want to do.”

Truthfully, Sarah Darling has only seen the beginning of milestones and success in her career. I certainly look forward to seeing her continue her path in music with her distinguished sound which might have just been made perfectly for her, Dream Country. It was a pleasure getting to know Sarah Darling more about her music and her life!

What did you think of my interview with Sarah Darling? Let me know in the comments below or on social media!