There’s a new exciting event coming to the natural state very soon and it’s just what everyone is talking about.

The Arkansas Country Music Awards are coming to Little Rock, Arkansas, on June 4th, 2018 and being held at the University of Arkansas at Little Rock. Hosts for the awards include country music singer/songwriter and Arkansas native, Collin Raye, along with Charles Haymes. Since it’s the first inaugural event, I talked with three Arkansas artists that are nominated and performing, about how they feel about the special upcoming awards. 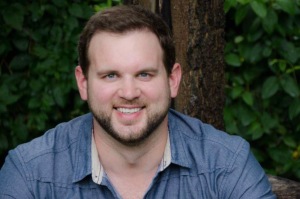 Blane Howard is a country music singer/songwriter from Hot Springs, Arkansas. The artist’s wedding video of a song he wrote for his wife for their wedding, Promise To Love Her, went viral on Facebook, having more than 5 million views! Howard will be performing during the VIP preview at the awards and is nominated for Male Vocalist Of The Year.

Emily Ann Wells: What did you think when you originally heard that the first ever Arkansas Country Music Awards were happening this year AND that you’re nominated for an award?
Blane Howard: Well, I was excited for the state of Arkansas as well as the musicians, singers and songwriters in the state. Arkansas has a great heritage in country music with great country icons like Glen Campbell, Charlie Rich, and Johnny Cash, as well as more contemporary artist like Joe Nichols, Collin Raye, Tracy Lawrence, and Justin Moore. I believe the ACMAs will not only help honors those greats, but draw attention to the diverse country music and artists that may or may not be known around the state. I am thrilled to be nominated in the Male Vocalist category and hope that this might give an opportunity for people to check out my music and hopefully become fans themselves.

Emily Ann Wells: What’s one thing you would like to see happen at the awards this year? (Besides winning an award of course.)
Blane Howard: I hope that the awards get some great media attention, (The CMBeat is certainly doing their part to promote!), and that people will not only hear about the inaugural event, but want to come be a part of it. As I said before, Arkansas has a great history in country music; it would be nice if the spotlight on the awards would bring a greater awareness to how much great country music is available in our state.

Erin Enderlin’s hometown is in Conway, Arkansas. The artist has been on the road promoting her latest album, Whiskeytown Crier, that was produced by Jamey Johnson and Jim “Moose” Brown. She is included in performing at the event! Enderlin is one of the artists with the most nominations at the awards including for Entertainer, Country Artist, Female Vocalist, Album, Song, Songwriter, and Video Of The Year!

Emily Ann Wells: Do you think the awards will bring out more attention to Arkansas artists?
Erin Enderlin: I definitely think it will bring more attention to the country music coming out of Arkansas. Arkansas has such a rich heritage, and it’s gonna be great to have more of a spotlight on the current and legendary country artists from my home state. 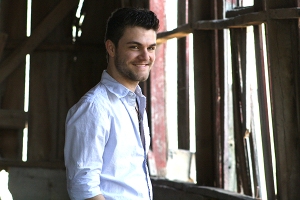 Cory Jackson is an upcoming country singer/songwriter hailing from Jonesboro, Arkansas! The artist has been playing several local shows in Arkansas promoting his latest EP, Let’s Get It Right, while working on new music! He’s nominated for one of the biggest awards at the event for Entertainer Of The Year, but also for Country Artist, and Video Of The Year for his single, Row By Row. Along with his nominations, Jackson will be performing at the awards.

Emily Ann Wells: You are nominated for one of the highest categories at the awards. What is it like being one of the nominees for Entertainer Of The Year?
Cory Jackson: Being one of the nominees for Entertainer Of The Year leaves me speechless… I am still completely mind blown to be nominated at all. I feel so blessed and honored for each nomination I have received, and I want to thank God, my family, my friends, and my fans for this. I owe it to all of them for making this dream I have become more and more of a reality each day. I wish each person in all categories the best of luck, and I am looking forward to meeting and hanging out with everyone! I cannot wait for June 4th!!

Lots of stars will be coming out for the Arkansas Country Music Awards! They are definitely pulling all the stops for this interesting new event in Arkansas!

What do you think about the upcoming Arkansas Country Music Awards? Are you looking forward to it? I’d love to hear your thoughts, so leave me a comment below or on social media!