Fans of the ABC TV show Nashville (or “Nashies”, as they prefer to be called) were all wondering how producers of the show were going to wrap up so many storylines in only one hour as the network presented the series finale Wednesday, May 25, 2016.

The decision to cancel the series was announced by ABC only a couple weeks beforehand, after the current season 4 was already filmed. However, despite not having time to re-shoot any of the remaining episodes, the show did pretty well bringing closure to most of the plot lines… except one, which was obviously meant to be a season cliffhanger.

Before reading any further, we must insert a *SPOILER ALERT* here – if you haven’t watched the series finale yet, stop reading NOW. Still reading this? Ok… you’ve been warned. 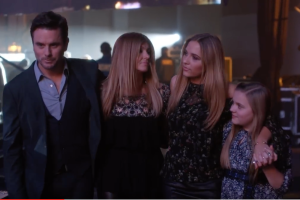 One of the main plots this season dealt with Maddie emancipating herself from Rayna and Deacon. That story line was wrapped up the way we all had hoped – Deacon came in and saved the day and Maddie finally returned home.

Scarlett and Gunnar got back together… again, Layla lost everything… again, and Will and his partner get back together after a successful protest, which gave Will the opportunity to finally confront hatemonger, Cynthia Davis.

Then came the final scene. After Juliette skips out on the Oscars to return to her family, and Avery finally decides to leave Layla and reunite with Juliette, he and daughter, Cadence, are waiting on the tarmac for Juliette’s plane to land. Suddenly, an airport official approaches them and says, “We received a distress call. We’ve lost contact 90 miles outside of Nashville.” Blackout. Roll credits. WHAT??

In a clever piece of writing, the distress call happens 90 miles outside of Nashville. Patsy Cline, whom the character of Juliette portrays in a movie on the show Nashville, died in real life in a plane crash 90 miles outside of the city. Clearly a case of “art imitating life”, and a subtle plot line that mirrors Juliette’s life to Patsy’s. 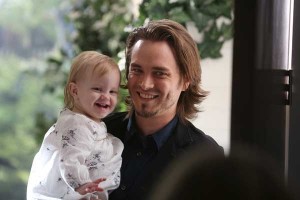 Lionsgate TV, the producers of Nashville, tweeted shortly after the show, “We won’t leave you hanging. There’s more story to be told.” Even though they shot an alternate ending, they decided to air the cliffhanger in hopes that it would help get the series picked up by another network.

The finale obviously left fans wondering even more if the show will find another home on a different network, but I believe it’s not a question of “if”, but “when”. Charles Esten (who plays Deacon on the show) said in a radio interview that interested networks would be watching the numbers for the show that Wednesday night to help with their decisions. There are currently over 150k signatures on a petition and 150k tweets on Twitter with the hashtag, #BringBackNashville, So, in that case, the numbers seem to speak for themselves.

How do you feel about the way Nashville ended? Do you hope Nashville gets signed to a new network? Let us know your thoughts in the comments below or on social media!