There’s a newcomer in country music who is ready to release a lot of new traditional music. You may recognize Alex Miller from his time on American Idol in Season 19 last year.

The artist just released his new single, Don’t Let The Barn Door Hit Ya which is the second single Miller has released since being on the popular television show and is followed by his first single, I’m Over You So Get Over Me.

It’s been a exciting year for the Lancaster, Kentucky native as he was officially signed to Billy Jam Records in September and made the announcement he will be releasing his debut album early next year. 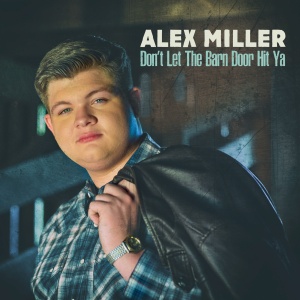 “This song kind of explains itself I like to say!” said Alex Miller when talking about his new song, Don’t Let The Barn Door Hit Ya in a recent interview with Josie Passantino from The Josie Show.

The new single from Alex Miller is a very catchy and right to the point kind of song! It’s got a great traditional country sound which country music fans will definitely enjoy and will find themselves dancing to the tune!

What do you think of Alex Miller’s latest single, Don’t Let The Barn Door Hit Ya? I’d love to hear your thoughts, so leave me a comment below or on social media!