A country music artist hailing from Rockingham, North Carolina, Bucky Covington, has been making his way through the country music industry for several years, thanks to a television show that helped him launch his career to the next level.

The singer/songwriter recently found time to chat with me about a few things including the inspiration for his latest single, Probably Won’t, as well as reminiscing on memories he has from his career so far, and one thing he would like to do that he would consider being the highest accomplishment.

Emily Ann Wells: Who are some music artists you look up to?
Bucky Covington: I’m a big Elvis Presley fan. I love his music and even cover “Suspicious Minds” in my set. His songs are so classic and timeless. I’d consider him one of the best artists ever.

EAW: How would you describe your sound?
BC: I would say it’s along the lines of Southern Rock. I like to stay true to country music, but add a little edginess to it.

EAW: If you could have a dream duet or collaboration with anyone, who would it be and why?
BC: A few years back, I did a duet with Shooter Jennings called “Drinkin’ Side of Country.” My good friend Kellie Pickler was featured in the video. That was really fun to film and brought back memories from our American Idol days. I’d love to duet with Tim McGraw in the future, also. I just think it would be a great experience and some great music would come out of it. Call me, Tim!

EAW: How did American Idol have an impact on you and your career?
BC: Before American Idol, I was playing at local bars and venues in Rockingham, North Carolina. There weren’t many opportunities to become the “next big thing” there. American Idol helped me to get my foot into the door of country music. It put a name with a face with a sound, which really helped build my fanbase.

EAW: When you look back on your career so far, what is your favorite memory?
BC: I released my first album in 2007 and that went straight to #1 on the charts. I couldn’t believe it! I had three #1 singles (“A Different World,” “It’s Good To Be Us,” “I’ll Walk”) off of that album, too.

EAW: What inspired you to write Probably Won’t and put it out as a single?
BC: “Probably Won’t” kind of just fell onto the paper for me. It’s a very relatable song – I think everyone has gone through a breakup and had to let go of someone they loved at one point of their life. The song did really well on the Music Row country charts (#22!) and quickly became a favorite among my fans. You should download it! 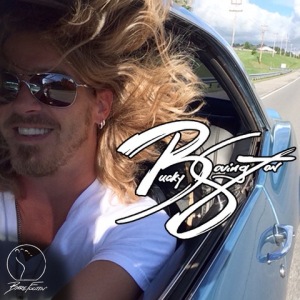 EAW: What is something fans should know about you and your music?
BC: I absolutely love what I do. I love being in the studio, performing at live shows, meeting the fans – everything. If you see me out and about, come up and say hi! There’s no greater feeling than having someone tell me what my music has meant to them. I’ve been very blessed to do what I do for a living.

EAW: If you could accomplish just one thing in your career, what would you like it to be and why?
BC: I’d love to play the Grand Ole Opry as many times as possible. To me, that’s the biggest honor in country music.

EAW: When can fans expect more new music from you?
BC: I have a few projects that I’m currently working on – stay tuned for some new things in 2019!

There is no doubt that this country music artist, Bucky Covington, is definitely dedicated to his passion for country music. You can obviously tell that he enjoys what he does, and is grateful for all the opportunities that comes his way. Bucky Covington is sure to have a great long lasting career in country music. A special Thank You to Bucky for taking the time out for this interview!

What do you think of my Exclusive Interview with Bucky Covington? I’d love to hear your thoughts, so leave me a comment below or on social media!