Bobby Tomberlin is a renowned songwriter, who has racked up plenty of credits in his career, including Grammy®, CMA and ACM nominations. But now, the Nashville hitmaker has released his own album project, featuring many of the songs already made famous by some of Country Music’s greatest legends.

This new album, Out of Road, gives music fans the chance to hear the true insights and emotions directly from the songwriter, who has allowed a truly diverse collection of artists to interpret his songs, including Willie Nelson, Barbra Streisand, Blake Shelton, Faith Hill, and Kenny Rogers.

Tomberlin includes one of his biggest hits on the new release, a song titled One More Day,  which was first made famous by the country mega-group, Diamond Rio. Other highlights on the album include a song about a world famous stage from the perspective of the stage, titled The Grand Ole Opry. Wherever She Is and Closing Time are clever twists on timeless topic of heartbreak. Looking For Audrey is a poignant perspective on Hank Williams’ heart. 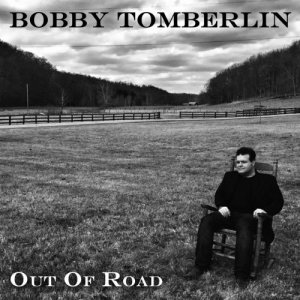 Click the image to purchase the album in iTunes

“I am so excited to share this new music with everyone,” says Tomberlin, who will be hosting a CD Release party for Out of Road at the Ernest Tubb Record Shop in Downtown Nashville, December 4th at 3pm. The event will be open to the public.

If you can’t attend the CD Release party, Tomberlin will be making several appearances to promote Out of Road, including a guest spot on the Joey Canyon Show on RFD-TV and WSMV’s Today in Nashville show.

To find out more information about the CD, the Release Party, and radio, television or performance schedules for Tomberlin, be sure to visit his website, www.bobbytomberlinmusic.com.

When you listen to Out of Road, Let us know what you think in the comments below or on social media!