A quickly rising country music label, Silverado Records, that is based in Nashville, Tennessee, is back with a brand new compilation album showcasing songs in a new light entitled, The Silverado Cover Sessions. 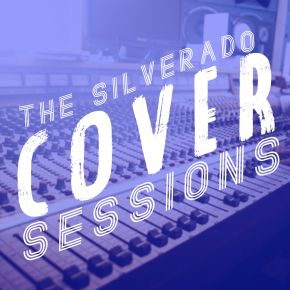 This brand new album that was just released, will make you see a collection of songs in a whole different light! The record has seven cover songs on it, three of which are from Silverado Records alumni such as Ali Morgan, Tyler Jordan, and Crystal Yates, along with the other four artists are making guest appearances Tony Winkler, Matt Rogers, Christian Lee and Drew Middleton.

There is a variety of different songs from other genres that aren’t country, covered on this album including from Paula Abdul’s 1988 hit, Straight Up, to KT Tunstall’s song, Black Horse and the Cherry Tree, even to one of Michael Jackson’s most popular songs, Man In The Mirror.

When listening to the record, there is two songs that particularly stand out, which would be Crystal Yates covering Black Horse and the Cherry Tree. The way her voice is powerful but yet shuttle is just incredible. Another memorable tune is Christian Lee’s cover of Mad, that’s originally by Ne-Yo. The artist took a complete one-eighty to that song in the best and greatest way possible. 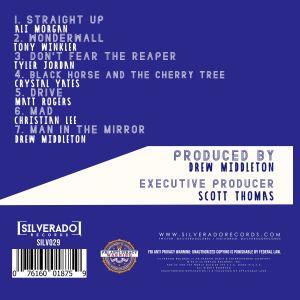 There is unquestionably no doubt that this is one of the most fantastic pieces of work that Silverado Records has released to date. The way this album was so creatively thought out, makes it truly a unique record as they take the cover songs and add a special country twist to them. Everyone will be sure to like The Silverado Cover Sessions! Hopefully this will be the first of several in this series!

What do you think of Silverado Records’ new album, The Silverado Cover Sessions? I’d love to hear your thoughts, so leave me a comment below or on social media!